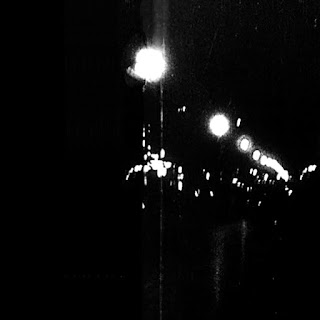 New releases from one of my favorite netlabels. This is the label's third release over the past few weeks so be sure to do some digging.

A multi-layered ambient story titled Zvenygora. This release was originally intended to serve as a soundtrack to accompany the same titled movie by Alexander Dovzhenko, which was planned to be screened on a contemporary arts exhibition in Ukraine. Due to political reasons, the exhibition was cancelled and the already completed release was decided to be put on tape.

While making this release, the artist was inspired by the first albums of Oneohtrix Point Never, music of Ensemble Economique, as well as ethnical Ukranian and foreign music.


The limited edition (of 13) cassette includes an exlusive B-side — only one track from it ("Forgotten Glory") was released in digital form.

We recorded it with love in our studio and cut covers with our deadly scissors.

Their other cassette offering, Sense​/​Net: Music for Outskirts, is also in my collection and is a great intro to the sounds of the label.
Posted by aorto at 1:28 AM