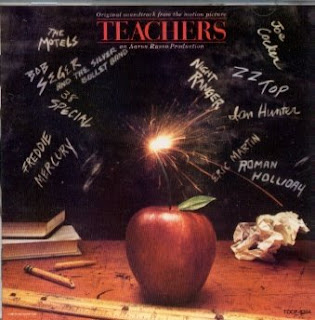 The movie itself tried a bit too hard but the soundtrack is one of the better s  ndtr cks from the 80s.

A couple of filler tracks but worth it if only for the only song that I know of that beats "Another Brick In The Wall, Part 2" in its cynical bite toward education.

Hard to find. This post has been removed (twice now) by the powers that be for © violation, even after the links were completely removed from the post.

Long out of print on disc (though I do have an original vinyl copy, still sealed) this is still not available via re-issue or digitally.
Posted by aorto at 10:38 AM