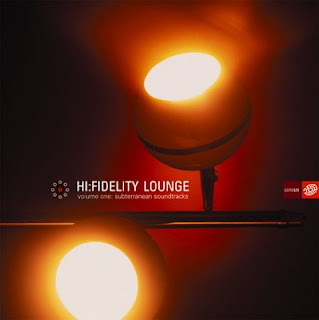 Lounge music. Conjures up images of smoke filled rooms, velvet covered furniture, bad lighting and third rate singers in bad suits playing on an old organ, something I fondly have personally experienced (see Volume 3 below), irony before irony was cool.

In 1994 (I keep returning there so pivotal was it) I used to frequent a place called Sorry Charlies in Seattle. One side was the kitschy lounge featuring piano man Howard Burlson and any number of vocalists who braved the room to accompany him and I will always remember the Lynchian waitress, one of those things sizzled into my brain. The other side was a velvety bar, a haunt of the swinger set.

Lounge has a different meaning today than such a place, closed now over a decade, a last bastion of the real thing, Dean Martin giving way to Thievery Corporation. Not a bad thing, mind you, just inevitable. 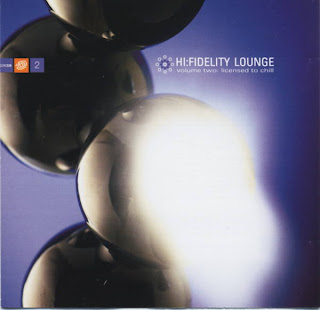 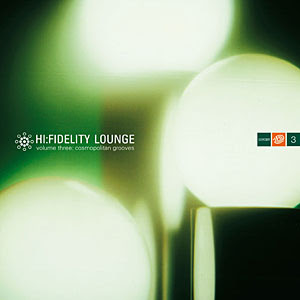 The first volume of the series I heard. Track 8 brought back pleasant memories of a visit to a local lounge/restaurant many years ago.

Everything was dimly lit, the imitation of candlelight, with a red, velvety glow. At the front of the room was a single organ player, slicked back hair and bad suit. Looking around the room there were several older couples, lost in the dust of routine. The waitress was older, her hairdo held together by Aqua Net.

It was a remnant of a dying era frozen in time, so genuine as to almost be cliche. The place then became a string of various restaurant attempts last of which was an Indian restaurant ultimately investigated for arson. Ah, local culture.

This entire CD takes that type of atmosphere and gives it a modern spin. Don't let the 'lounge' in the title fool you or dissuade you. This is neither too cool nor too lame, it's just right.

According to my daughter, most everything I now listen to (drone and techno stuff notwithstanding) sounds like lounge music. Nirvana as Muzak, Ozzy Osbourne in Oldsmobile commercials, AC/DC promoting Wal Mart, such is the trajectory of music.

May as well just go to the source. 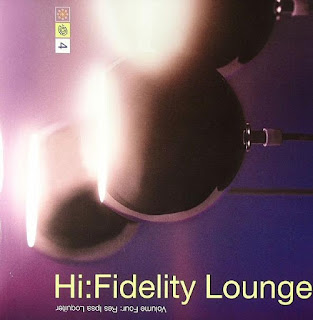