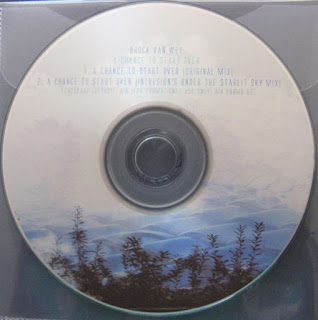 Having picked up the new Fiio, the album from which the lead track on this promo came from just had to be played lossless. It reinforced the fact that this little gadget was one of the best investments I've made of late and the switch to Foobar sealed the deal. Spent the last week working through my files and all the duplicates, junk files, low bit rates files and other crap that found its way onto my hard drive.

Oh, my. I swear it was like hearing the album for the first time.

Having discovered Deepchord/Echospace via The Coldest Season circa 2007 with a rekindled passion for music, I snapped up The Seduction Of Silence and this one immediately before they sold out rather quickly and escalated in price. For those who don't know the music of Brock van Wey (aka bvdub) and Intrusion (aka Stephen Hitchell et al), this is the gateway.

What we have here is a promo CDr for the full album release that will give you an idea of Brock's signature sound with the addition of a non-album track remixed by Intrusion that didn't see the light of day until the 4xLP reissue last year.