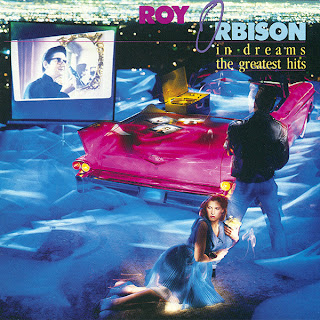 Not sure how I ended up here exactly but I've gone back to watching every episode of Twin Peaks. Slowly approaching 25 years, I forgot how incredibly ahead of its time it was...

Anyhow, Blue Velvet was my gateway to the Lynchian universe. And it was the title song from this release (as well as a certain JC song) that captivated me. Granted, I knew this artist previously (mostly from a certain Van Halen remake) but this song, this version and its placement in the film was forever etched into my mind.

So I ended up buying this particular hits album. Sadly, it was not long after I picked up this album that he passed. It was at once a fitting tribute to his career but a strange twist of fate as he was really just achieving long overdue recognition for a style that was his and his alone. That unique haunting delivery seemed even moreso after his passing.

The songs on this release were updated recordings (much like Gordon Lightfoot did on his Gord's Gold) and the title track was updated with the film director and T Bone Burnett.