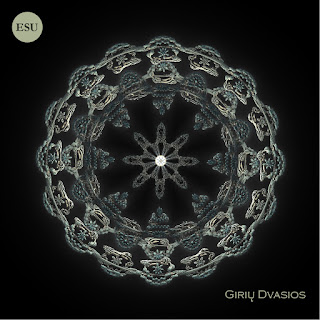 As you probably already know, I strongly believe in supporting artists financially whenever possible. I currently follow several artists consciously and loyally and buy most every release they put out. Giriu Dvasios, founder of the netlabel Cold Tear Records, is one such artist.

None of the artists I support are on major labels so this allows my money to go where I want it to and not get eaten up by middlemen.  It is also much more personal (occasionally one on one with the artist) and meaningful.

A few months back he started a subscription idea for his own site. For only $1 a month, it is a low cost entry into helping allow someone the freedom to create something that we love. Sadly, he has openly and honestly viewed it as a failure because only 20 people signed up. I've seen other artists make similar attempts and crowd funding is also on the rise, though these tend to be album or project specific.

I think is a great idea but it does highlight the challenges of being an artist in the musical world today. With so many artists out there and music proliferating at an exponential rate, how do you make a mark enough in the world to get loyal fans to support you financially, especially in a genre such as dub techno where anyone with a laptop and the right software can make music?

Personally, his music has stood out from the first time I heard some of his remixes from some releases on the Cold Tear site. Digging through his back catalogue has been a pleasure. He has a touch that gives his music that certain something that makes his sound unique. Rod Modell features one of his tracks on his Inverted Audio mix which featured many tracks from various netlabels, including Dvasios' own Cold Tear label.

His full release Esu was released earlier this year and he has decided to release an mp3 version of it for free (FLAC is still a purchase, one I recommend). The album cover is a 3-D generated fractal (another favorite concept of mine) and looks great when blown up full size. Well crafted dub techno with a smattering of other styles scattered throughout, definitely recommended.