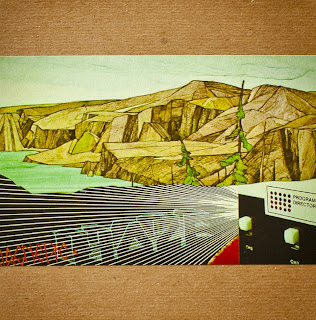 Tape hiss, such a glorious sound. This release is more than just that but that sound made me smile on my way in to work this morning. Amazing that a lot of the machines used to make music in the 80s and 90s that dated themselves quickly now have been reworked, reused and manipulated to make sounds that are, for lack of a better word, pretty cool.

Granted, there were artists who were doing the same thing with those machines then and earlier but they were considered avant-garde and other fancy things. The foresight of what they were doing is being appreciated, much of it due to today's music makers paying homage to them. Rrose's recent Secret Thirteen Mix attests to this fact.

wzrdryAV is starting to see some recognition, having released Octophase Meditation on Silent Season last year and offering up a few more releases on his Bandcamp page. A nice meditation of sound.