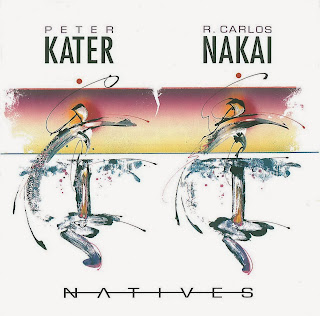 A personal favorite of mine. R. Carlos Nakai's flute and chants combined with Peter Kater's piano playing make beautiful synchrony. It's been a constant source of good memories and peace of mind throughout the years. Even today when this plays it freezes me in the moment. There's a 'New Age' residue on this but this one frees itself from the fetters of that tag.

Picked this up in a record shop in Moab, Utah during one of my many walkabouts in the early 90s and it has been a constant companion since then. The disc got trashed over time, scratched beyond the ability of the best of CD players to play, and though I had originally been able to get a decent rip that took 168 hours for EAC to repair I finally tracked it down again.