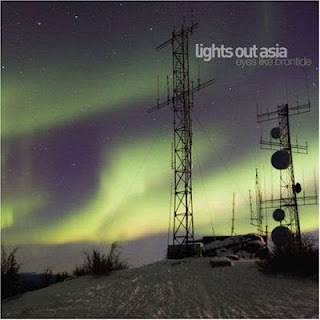 Truth be told I stumbled across this one because of the track "Radars Over The Ghosts Of Chernobyl" (and the album cover seems to match).

As someone whose formative years included adventuring around and in abandoned buildings in my hometown, Chernobyl/Pripyat has always had an air of mystery to it and, with the advent of the Web, I was able to view photos of the abandoned site.  Captivating is an understatement.  It's now become a Mecca of sorts to urban explorers everywhere.

Before really investing time into listening to these guys I had always tended to lump them in with "post-rock" groups such as Godspeed You Black Emperor!,  A Silver Mt. Zion or Mogwai.  Though there are moments that share kinship with these groups - heavy guitars, spoken word samples - their use of electronics sets them apart and make this music much more atmospheric.

It never fails to evoke a mood when it pops up in my shuffle.  It instantly brings to mind late night drives with nothing but darkness and the wide open road.