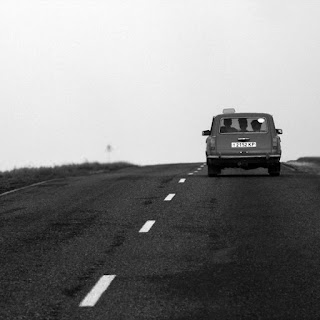 I've been living in the dub techno universe for a few years now. Sometimes you just find a style of music that speaks to you.  While I do mix it up with a variety (as my mother in law used to say in her thick Jamaican Patois accent, "Too much of one thing good for nothing"), it dominates my headspace.

Mr. Cloudy is running neck and neck with bvdub and Quantec in terms of musical output.  Like most dub tech there is a certain consistency and design in his work but it continues to evolve over time.  This is a good intro to his early work.

Mr. Cloudy's original "Long Wandering" track runs a hypnotic 16 minutes.  Marko Fürstenberg and Grad_U, both names you will become familiar with as you dig deeper into the sound, remix the track and put their own touch on it.

A great introduction to Mr. Cloudy and the modern evolution of dub techno.  This track remains one of my favorites to this day.

Originally found on cismsound.net (which appears to be in transition), you can download it below: