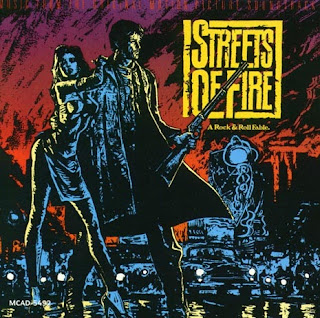 Just going back through some of the archives and doing a bit of updating.

In the context of one rather bizarre week at work, my boss stated that Diane Lane was the only thing right in the world and I mentioned that I had a huge crush on her when I was in high school.

"Streets of Fire!" he declared.  Obviously I was far from alone in feeling this way.

Directed by Walter Hill, director of The Warriors, with key songs contributed by the pen of Jim Steinman (think Meatloaf's Bat Out of Hell) as well as songs from the pens of Stevie Nicks, Tom Petty and an underlying score by Ry Cooder, this is one of the best sleeper soundtracks ever.

Still have a well worn copy on vinyl...

Rewatched the movie not too long ago and it took me right back to those feelings, that sense of urgency that only comes with youth (which is not the same as teenage angst...).

I hope the movies of today capture the urgency of youth and though this film does show its age this film gets it right...in a surrealistic amalgamated 50s meets the 80s alternate reality kind of way. 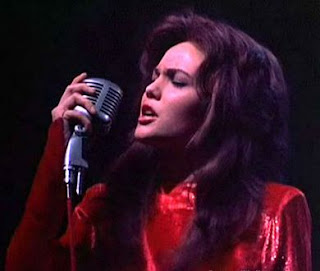