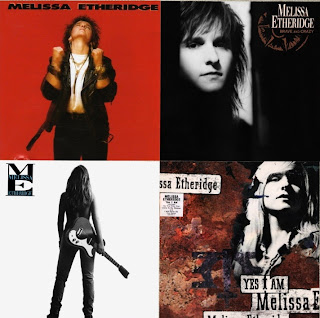 The year is 1988.  Finding my way into adulthood, struggling with some deep seeded issues, my journey of self-discovery and awareness having really just begun. This entailed dealing with the self-hatred, loathing and buried trauma I was struggling to keep suppressed.  The edifice was slowly crumbling.


Out of nowhere comes this music, this raw, unbridled passion from an artist I had never heard before. I was instantly smitten by "BMSW" and ran out and bought the album (on CD, unfortunately, though years later I would replace it with vinyl). Only a few albums have been purchased on such a whim and almost without fail my instincts were spot on. Every single song, especially "PP," cut right to the bone and allowed the wounds to open and find a voice. Can't even tell you how many late night drives were made with this one on repeat.

The film "WTDTY" features music from the first two albums and makes the movie.  The connection between the music and every element of the film was the direction in which my life was headed. I suppose, in hindsight, it acted not so much as inspiration but as a warning, much as Christopher McCandless' life acted as  a cautionary tale.

The acoustic guitar, the lyrics and the mood created a glorious melancholy and release. The next three albums, in progressive order, heightened that and the healing process continued to unfold. I lost interest as the artist's personal life trumped the music - in other words, celebrity had struck - at the fourth album but until that point this music, much like The Wall, gave me life.

Perhaps the final closure in my life associated with this music occurred when after a year (1994 if you're wondering) on the road traveling out West (including full immersion into the electronic music scene in Seattle), I passed by the very same exit of the school where I first heard this music and "BMSW" was playing as I passed by the exit. Keep in mind this was sixteen years and thousands of miles later.

Having added that all up - the travels, the artist, the exit, that song at that exact moment in time - I realized that this was a sign from up on high that everything was ok. Every so often we get signs and this was one of those times that left no room for doubt. I was right where I was supposed to be, the period of my life prior to that moment was closed and a new future awaited.

To revisit this on vinyl (sourced from 24bit/96 khz originals) brings it all back and it is still vivid and fresh. As rough as that time was, there is something powerful and profound about the changes that period of time wrought. I'm not there anymore and the pain is gone but there is a beauty in being able to go back safely and I remain grateful for that time.