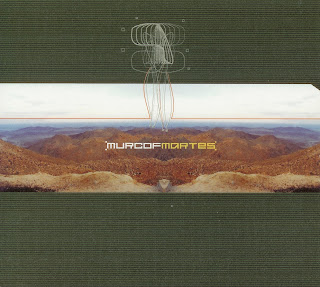 One of this century's best and most original albums. Difficult to categorize it's a hybrid of electronica, modern classical, holy minimalism and glitch. Originally released in Mexico, it was picked up by a UK label where it received mass distribution and slowly achieved its current status as an essential electronic album. The original label reissued it as a 2 CD set containing variants of his follow up, also essential.

Microscopically sampling Arvo Part, Morton Feldman, Giya Kancheli and others (I've seen Henryck Gorecki mentioned as well), he synthetically blends electronic and modern classical music into an infectious hybrid that is somehow filled with a warmth much electronic music lacks.  You know it when you hear it; I have yet to tire of it and always pick up something new with each listen.

I have yet to see anyone really analyze which samples were used but he talks a little about the creation of the album here.  Though there are slight differences in the times between versions, you'll find all the tracks in one place.
Posted by aorto at 6:42 AM