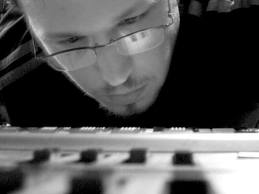 Really torn about this one.  Truly one of my favorite artists of all time (and that's saying a lot), Steven Hitchell, under his Intrusion moniker (along with Variant, the elusive cv313 and his association with ES and DC), has released some of my favorite tracks of recent years.

Not only was his Seduction Of Silence one of the best releases of this century, his reworkings of other well known tracks from the above mentioned back catalogue is amazing.  Whereas Rod Modell brings the "Basic Channel" sound and, more recently, those deep atmospherics lurking in the background, Hitchell brings out the "soul" from the analogue.

Together, the two make amazing music.  But, when left to their own musings, the differences in their styles become clear.  Hitchell brings the "dub" element in its essence and has a way of making the music get deep and, dare I say it, emotional.

This is a sampling of some of the output graced with his deft touch.  As much as I hate to give his stuff away, I also know that once you get your ears around these you'll get it and understand just how good and diverse he really is at his craft.  However, the reality is that in order for artists like him to continue we need to put our money where our ears are and show true support (check out my collection on my discogs page and you'll see I practice what I preach).

Echospace has a slew of releases dropping recently (including an upcoming announcement regarding DEMF) and this is hopefully a sign of a productive 2013.  They keep evolving and changing the game where others are often content to play it safe and follow.

I really wanted to do a continuous mix of the tracks below, an ultra deep set, but don't have the software or, more importantly, the time. 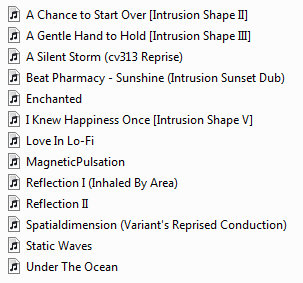 Get your headphones out (make sure there is a good bass response) and go swimming.  Deep, deep stuff.