Lounge is a 'thing' now. Probably been a thing for a while truth be told, a thing before it was a thing if you will. Let's just say it's 'thing' enough that my daughter thinks I have good taste in music when it plays.

However, as with all 'things' it is easy to forget how fresh this type of lounge sounded when it first dropped 20 years ago. 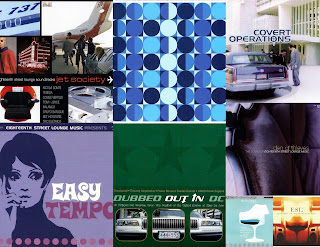 To lighten up on the tone of the past few posts, this one sets a much different mood. Some good stuff to behold in these comps, well worth digging deeper into the various artists spread throughout these. No matter how many times this plays it sounds good, especially when indecisiveness rules and there is no particular mood.

This series also never fails to rise from the background - it's not meant to be played loud enough to take center stage - and anyone listening eventually finds themselves intoxicated by its mood.

And while we're at it, take a listen to this gem of a series taking you back to the 70s.