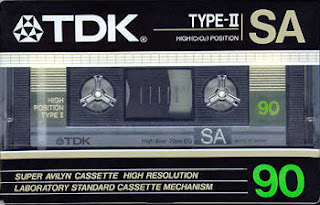 Without getting too sappy or sentimental, the 80s were a good time for music.  One of the things I discovered during that time was the 12" and the remix.  For the most part, the 12" releases were extended mixes of the radio edits.  Pet Shop Boys "Opportunities" is one of the best examples that comes to mind.

After listening to the extended version from the 12" repeatedly, it is obvious that the radio edit is basically a compressed version.  All the parts are present just layered on top of one another.  I began to detest radio edits.  Remixes were pretty minor compared to today's notion of the remix, maybe a different drum beat, and the idea of a 'dub'was generally not as developed as the source tape manipulation of 'dub' as it exploded into the 90s.
But the 12" and the remix had moved out of the disco era and the dance club and into the mainstream (still have a smattering of these in my vinyl crate).  I had a cassette tape mix of my favorites that someone I knew stole and never returned so I've been trying to re-imagine it.

Know I'm missing a few tracks but it was designed to be more atmospheric for those long drives into the night.  Think Miami Vice, Episode 1, "In The Air Tonight" perfectly placed, pop songs designed to elicit  certain moods.

Can't recall a few of the tracks but most of them are here.  Though some of these were later released on CD, the originals on my mix were ripped from vinyl to cassette.  Anyone who has ever made a mix tape in that way remembers what a labor of love it was.

"Blood of Eden" wasn't on the original mix but I couldn't find the "In Your Eyes" extended version in digital (I have the original but am not set up to rip vinyl to digital) and "Sledgehammer" was played to death so this is pretty representative of the feel of the tape.

Part reminisce and part history lesson, it's an interesting little side trip back in time.