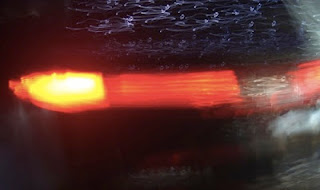 As often happens, there are tracks that keep popping up in my shuffle and I am constantly stopping to find out who it is...

Ukkonen.  Something different about this one.


This isn't the release on the shuffle (more about that one here) but this mix will give you a taste of where he's coming from...it's a great throwback move forward mix into the roots of Detroit techno.

"Finnish electronic musician Ukkonen has restructured and reimagined a range of house classics in this inventive mix for No Pain in Pop. Often familiar but not often identifiable, even the biggest club bangers half-implied and fleeting, while it’s dark and intense rather than straightforwardly arms-in-the-air euphoric."

“I had a vision, or a dream...in which I saw and heard a Detroit from an alternate reality, where the only difference was in the music: odd numbers were the norm, nothing was ever in 4/4, nothing ever sounded quite right or wrong. People were going wild for it, the music and dancing couples spilling into the street. It was the early 90’s and a new sound had been developing, a multi-layered swirling mass of rhythm, never quite lining up, never quite falling apart. Simple melodies, that when played together created mind boggling and and ever evolving combinations. I could hear the music like I was actually there, but I think it was just a dream..” (Source)

You can find the mix here (right click, 'Save As'):