Saite An Saite (A String Based Compilation) (2009) 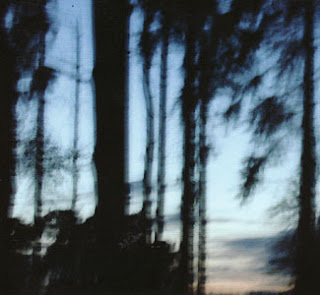 Not really "classical" but it has "strings" in the title so close enough...

Found this one because of the track by Relapxych.0 (aka Anders Peterson). It was his music that first captured my interest but over time I have come to realize how often his production/mastering work graces recent releases. If you see his name, you know the caliber of the release is high.

Here's the details on this one:

"Guitar-based CD with long tracks from Aidan Baker (Nadja), Relapxych.0 and M. Sandbleistift (Licht-Ung). Sandbleistift's gauzy drones hover above a thick amplifier hum, coupled with metal-on-metal scrapes, electrical interference directed into the pick-ups, and spidery textures that wiggle into the mix as he plucks away at the bridge of his guitar...

Aidan Baker steals the show on this album. Even with his esteemed catalogue of ethereal ambience and doomdronedirge excursions, "One Step Ahead, One Step Behind" is pretty exceptional. A desolate guitar melody repeats throughout the entire track, alluding to the doom of Nadja had he kicked on the distortion pedals. But without, there's a sadness which permeates the track, accompanied by ghostly flickers of complimentary drones, bursts of static, and a slow-burning roar of distant distortion that eventually consumes the entire piece.

Relapxych.0 holds his own in creating a series of guitar-meets-the-laptop abstractions that looks to Fennesz and Tim Hecker for inspiration, and does a pretty good job in the way of an homage." (Aquarius).