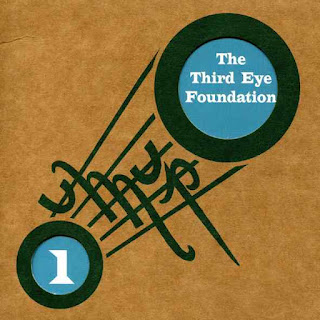 The Dark from Third Eye Foundation (aka Matt Elliott) was one of 2010's best.

This is his mix from the Oumupo series on the Ici D'Ailleurs label out of France.  Other well known artists who mixed for the label include DJ Krush, Kid Loco and Rob Swift.

Here are the rules of the mix:

All tracks mixed, added and transformed by The Third Eye Foundation.

Oumupo stands for: "Ouvroir de Musique Potentielle" and refers to the Oulipo movement in French literature.

Each release in the series contains a mix composed of selected tracks from the Ici D'ailleurs & 0101 catalogues + a 16 pages comic strips. Both the mix and the comics obey rules detailed in a charter included in each release's booklet, and sometimes other constraints requested by the artists themselves.

Constraint requested by Matt Elliott for this release: Ici D'ailleurs had to choose the titles to be mixed.

There is something strangely compelling about this music, kind of like taking some New Orleans jazz and giving it the William Basinski Disintegration Loops treatment.