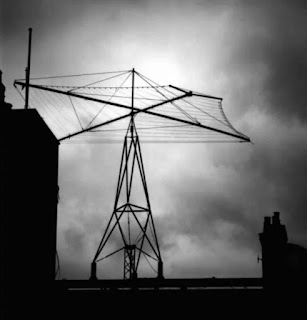 One of my favorite discoveries was The Conet Project, a mysterious project filled with recordings of shortwave radio transmissions.

It radiates espionage and is quite otherworldly and intoxicating when inserted into the shuffle.  When these tracks pop up it instantly transports the listener into the place of imagination.

Many artists have claimed inspiration from this project, perhaps most notably Wilco's Yankee Hotel Foxtrot taking the album name and borrowing samples directly from the project (and subsequently being sued by Irdial for unauthorized use).

The original was a massive 4 CD set.  This re-issue has an additional bonus CD of odds and ends.  I'm looking forward to diving in to this one.

It is currently being re-issued through the idea of crowd funding with the first 231 to donate a pledge of £50 (app. $80 USD) to have their names inscribed as 'patrons' on the 80 page insert.

I don't know if there will only be 231 CDs manufactured or if only 231 names will be given 'patron' status but it's a really cool idea.  They need about 60 more donors and there's only 20 days left to do it.

The minimum pledge is £8 which will give the donor digital files of the original 150 recordings from the 4 CD set.

I opted to donate to this as one of the 231 patrons rather than pick up Brock van Wey's White Clouds Drift On And On on vinyl via Echospace.

Please spread the word whether or not you donate.