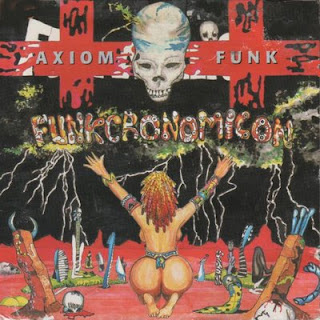 Just because this should always be with us and should be in everyone's library.  Most of my knowledge of 'funk' came from the Dr. Dre/Snoop Dogg heyday in the mid-90s and the backwards working through the origins of that beat.

One of my regrets was that I did not go see Bootsy Collins in '94 while living in Seattle.  I was just coming out of my grunge phase and was diving into the burgeoning electronic dance music scene so was woefully clueless about who he was...

It wouldn't be until many years later that I stumbled across this one while doing a full immersion into Bill Laswell and all he touched.

While on one level this is a paean to true 'funk' on another level it is something completely original and allows the sound the freedom it requires.

Here's a review with a little background on the project:

"Bringing together key players from all decades, [Laswell] then twisted the mix with clever combinations of newly recorded material and sessions recorded long ago but never released. The Sly Stone tracks were recorded during Maceo Parker's All the King's Men period, while the Eddie Hazel tracks were among the last he ever recorded, shortly before his death in late 1992.

In all its guises, however, Funkcronomicon is a masterpiece.


While I confess I am not much more knowledgeable on the essence of funk this album is a regular on my playlist and it's always a good jam.