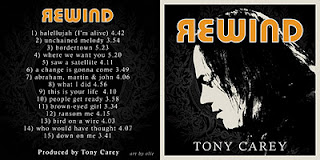 Of all the formative albums of my youth (and there were many...), two have always stood out from Tony Carey's alter ego Planet P Project.  Unlike many albums of that time, I still revisit these on occasion.

The first was the self-titled album that originally went by Planet P until he was forced to change the name due to a legal conflict.  Though it certainly has an 80s feel (especially with the space theme), it has held up incredibly well.  "Why Me?" and "Static" still sound amazing.

However, it was "Pink World" that blew me away.  Conceptually similar (double LP, saviour/Messiah theme, concept album, backwards messages, etc.) and inevitably compared to Pink Floyd's "The Wall" the album stands on its own and remains a hidden gem from the 80s.

Carey all but disappeared from the scene for a while and suffered some serious health complications.

For the longest time I've wanted to purchase the physical copies of the final Planet P Project trilogy called "Go Out Dancing" but they were never really distributed stateside, except perhaps the first part.

His work has been tough to get on CD stateside.  My first copy of "Pink World" was an unofficial CD from Russia which was just a high quality copy of the vinyl burned on to CD.  If you listen closely as the album ends you can hear a faint hiss as the needle heads toward the run out groove...

It probably goes without saying that I still have vinyl copies of the self-titled release (one as Planet P and the other after the name change to Planet P Project) and two copies of "Pink World" on vinyl (one pink promo and one regular issue).

Anyhow, in order to get the physical copies, I'd have to cough up roughly $100 for all of them.  Ouch.  Someday maybe but I still wish to promote his work.  He's been in the game a long, long time and has released some amazing music over the years.

I confess I've heard the trilogy and they are amazing, especially the final one (which is after his health scare).  The "Hallelujah" track will catch you by surprise (as will his album of Christmas Hymns).

So aside from listening to "Pink World" as I type I stumbled across a free download on his site I thought some folks might be interested in. 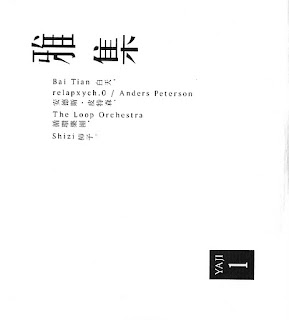 Some experimental music from Anders Peterson under various guises along with some other lesser known artists to introduce you to the Kwan Yin label.

Not exactly rare but certainly not mainstream.

Info
Posted by aorto at 9:11 AM No comments:

My personal favorite is the uploaded response.
Filesharing Host Tally as of right now
Megaupload - CLOSED

So Megaupload has been shut down and the tentacles of the media conglomerates show themselves to be more treacherous than anyone realized.
On the flip side, the man behind Megaupload was a bit too ostentatious and drew the ire of many.  Subtlety was certainly not a trademark M.O.
HFS has shut itself down, whether in protest or fear.  The landscape is certainly changing.
I realized today that the intent of SOPA and PIPA is so that media moguls don't need to bother with such silly things as due process.
Rather than months of "investigation" and millions of dollars spent, a simple flick of the switch is all that will be needed.  Justice?  Waste of time and money.
So many files here are now suddenly gone and with the RS account expiring (and daily reminders of the same), more will also be disappearing.
I'm still here but have moved on to other landscapes and things on a personal level have radically changed over the past few months and a big change is coming this week so I'm not quite sure where this will all lead.
Sometimes, drastic change leads to an evolutionary leap in the way things happen.
Stay tuned...
P.S. Support your independent artists and labels and the giants will see that we don't need them and their over processed and manufactured cultural substitutes.
If you can't support the indies, at least don't throw your money into the belly of the beast.
Posted by aorto at 12:01 PM 3 comments:

For those who have followed this blog for a while you'll know of my indulgence, if you will, of Echospace/Deepchord and all variations these guys put out.  I haven't really followed any one particular artists for a long, long time but with these guys I am enjoying music in a way I haven't for quite some time.

My first true purchase from their label was an original issue of Brock van Wey's White Clouds Drift On And On which, if you don't have a copy of it yet, is one of the more essential releases of the past few years.

Better known as bvdub, this is so far his only release under his real name.  A second batch of these discs has made its way into the marketplace so if you're interested, snap up a copy at a reasonable price.

Since then I've picked up every CD release (as well as some vinyl) and will probably continue to do so.

There are no direct d/l links to the new releases here but, as is the way today, these aren't too hard to find if you want to hear them. 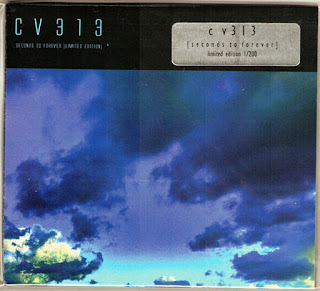 I've always been a fan of the long players, as Rod Modell called them, those tracks that you wish would go on and on forever, thus my early love of the remix, the DJ mix and, nowadays, releases such as this one.

This one kind of worked in reverse.  Over at discogs there is a pretty solid group of fans who have been noticed by the artist and over the course of some time and the prompting of an intern who had been working for the label, this saw the light of day. There have been a series of releases driven primarily by this fan interaction.

Anyhow, for those who enjoy the regular issue releases, this is a dream of an album, a behind the scenes treat of sorts as it contains the live record from which the 12" of the same name was released and gives a hint at the process of an artist at work.

Highest recommendation.  Though it's out of print on CD, if you are intereseted in the physical release it is not too inflated in price compared to what some other limited edition releases fetch. 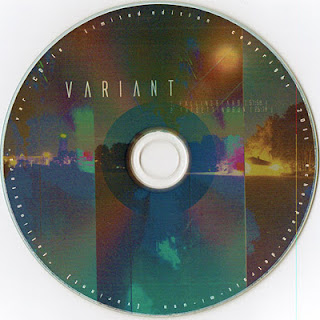 Variant, for those who don't know, is the alter ego of Steven Hitchell (aka Echospace, aka Intrusion) with his "ambient" side.

There are multiple versions of this album.  The original release was digital and contained a 52 minute epic of analogue ambience that soon disappeared once released on CD.  I posted the original release a while back for those who are interested.

Again due to fan interest, the long deleted track was re-issued as a CD.  Originally slated to contain remastered versions of two tracks from original digital release, the final version has only the original track remastered but with an additional 10 mintues added on.

For those who have the original digital version there is something magical about having it on CD (as has been the trend over the last several releases, I purchased a copy) and the fact that 52 mintues of analogue bliss is now 62 minutes makes this one to own.

So there are five variations of this release that exist:

How often is it that an artist listens at that level? As has been my mantra for some time now: support the artists and support the independent labels.
Posted by aorto at 2:03 AM No comments:

Happy New Year to everyone.  Hope that everyone has peace of mind as the year gets under way!

If you are into electronic music, especially the "dub techno" variety, producer and DJ David Ya's Entropy Records out of France is one of the best labels out there right now, hosting artists such as Mr. Cloudy, Zzzzra, Axs and more.

To introduce you to the label, here are a couple of free downloads (scroll down on the link and enter your email address for the code): 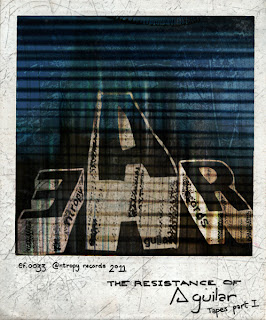 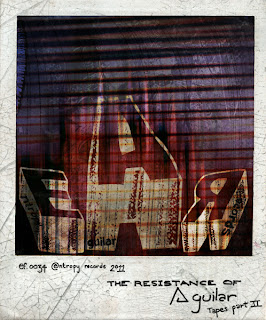 Browse around the site and check out the artists.

Their catalogue is impressive.
Posted by aorto at 9:13 AM 2 comments: