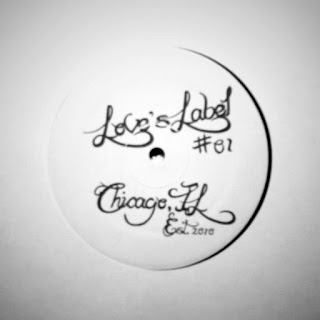 Great story behind this one...

"So here’s the long and short of it: nearly 20 years ago, two best friends from Chicago, Chris Ike and John Kardaras, fell deep into the city’s house scene through club nights and dubs of WNUR shows. They got busy with some analog gear, christened themselves Shifty Science, released a couple of tracks to some acclaim, and then quickly fell into obscurity, even going so far as to quit releasing their music.

Fast-forward to 2009, when a couple of next-generation Chicago house heads (one of whom, full disclosure, is the editor-in-chief of this site) decide to throw a joint birthday party and invite one of Shifty Science’s biggest fans from back in the day, former DJ and current heart-on-sleeve ambient wunderkind bvdub, to headline.

Everyone hit it off famously; and when one of the birthday boys, James Cardis, started Love’s Label the next year, he hit up Shifty Science and bvdub for contributions. And now, as 2010 winds down, 300 copies of what resulted are fluttering around the world." (Source)

He just released the limited Where Love Lived in 2012 under this name (on top of at least half a dozen other releases/mixes under all his aliases).

There's a great small label story behind this release as well.  I snapped up the 2xLP vinyl as soon as pre-orders were taken.

If you don't know who bvdub (aka Brock van Wey) is, start here.