Jeffrey Wentworth Stevens - The Holy Dogs of Other Days (2013) 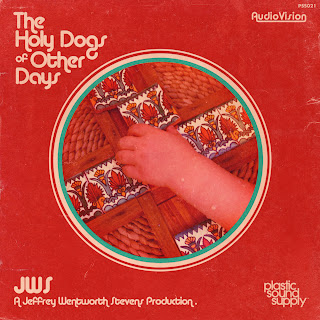 You can also order it as a Playbutton/mp3 player. Cool concept, just didn't need any more stuff. Those who download the entire album (as opposed to buying individual tracks) receive an exclusive remix by Coppice Hallifax.

He goes under a series of aliases - Jeffrey Wentworth Stevens, Morriconez, Jjango Cleefworth Stevens - and creates a curiously enjoyable mixture of psychedelic, folk, electronic strangeness. It's something that can most likely only be created in the southwestern part of the United States.

For a sampling of the musical styles under which this music might fit his The Lonely Mescal Button Haberdashery mix is highly, highly recommended.

For a taste of the vibe, check out the trailer for the album:


You can order the album HERE.