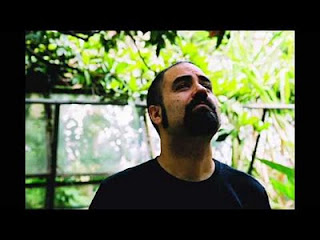 The first is a 2002 podcast on Mutek out of Canada that features his unique glitchy, post-classical minimal vibe in full effect.

The second file is from the Mary Anne Hobbs show on the BBC from September of 2007.  This was taken from a year end retrospective.  For some reason, it seems really short (only about 15 minutes) but I guess that was it, unless the special from which this was taken was edited.

This is in light of his La Sangra Illuminada sountrack coming out on vinyl.  Previously available only on CD in Mexico, this 2009 release will be limited to 300 copies on red vinyl.

If you aren't familiar with Murcof and his evolving style, his music is a journey worth taking.