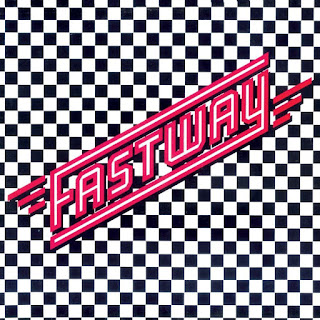 Early 80s hair metal when it still had some bite before veering off into posing, primping and preening and got ridiculous. As happened often in the 80s, artists left other bands and combined to form other bands as can be seen from the chart below. Some other bands were within its orbit as well. 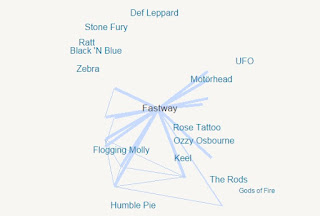 I had an original  cassette of this album long since lost that had the extra blues track as the last song which disappeared from future releases and finally showed up again years later on the CD.

I had a mix tape, also long since gone, with this track on it that had been copied from the cassette onto another cassette with its Basinski-like degradation of audio in the process that made it sound like it was recorded inside of a pillow case.

Putting this on brought back the memories of having this jamming in my car with way too much treble and made me smile for a moment. I am also realizing that many of the stories here all relate back to the physical artifact used to transport the sound. Wonder how McLuhan's prophetic words about our media (in the physical sense) will play out in our stories 20 years from now.