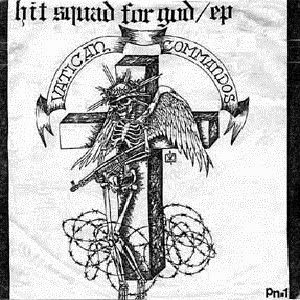 Pretty much all you need to know about this can be found in this statement:

The band was formed in 1980. Richard Hall, aka Moby, joined in 1983 after which they released their first 7" EP entitled "Hit Squad for God." Following the release of this record Moby was kicked out of the Vatican Commandos.

They release a few other EPs and disbanded in 1985.

If you remember the early 80s punk ethic you'll find this a pleasant sonic surprise. Traces of his punk roots reappear on EIW's "What Love" and much of his Animal Rights album (including his cover of Mission of Burma's "When I Reach For My Revolver").