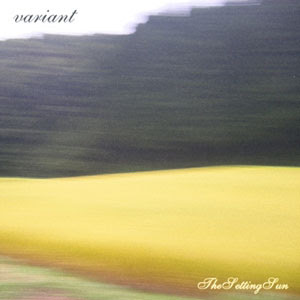 Steven Hitchell (aka Intrusion aka Soultek aka Phase90 aka 1/2 of Echospace and cv313) veers a logical progression from his usual dub tech sound and wanders more into ambient space.

Written and produced by Steven Hitchell. Recording of a late night storm captured in the early months of winter in Berlin, Germany and during a train ride to Narita Airport, Japan. All music recorded using a various range of Microphone's, Portable Beta Recorder's, Emu, Linn and sequential samplers and vintage analog equipment. All recorded onto reel to reel base tape. No computer involved.

Maintaining his trademark style of working and reworking using analog equipment and mixing in field recordings, the listener is taken on a journey deeper and deeper into space where the sound slowly builds and becomes the listener's silence.

Simply amazing. One to listen to on repeat.

This is the original EP which was released as an mp3 only file containing three tracks, one of which clocks in at over 50 minutes. It is now unavailable.

This was replaced on the CD edition by several other tracks for a different exploration of this style of sound.

Even the mp3 version available now chops the track "Falling Stars" to a little over 40 minutes.