A Tale Of The Rare, Greed And The Overpriced Resale Market For OOP CDs

Get it, pop it into EAC to rip away. Track 3 freezes and takes forever. A couple of hours later and it's done. Score a 45 out of a possible 100, suspicious positions in a few places. Mismatched CRCs. Confidence 1, AR v2.

Nothing in the spectrals indicates detritus in the digital. Proceed to listen to it. Can't hear anything at the suspicious positions. Disc looks relatively clean, a few minor scratches. Clean it with a banana. Rip it again. Hang up at Track 3. Same spot. Then toothpaste. Hang up at Track 3. CUETools repair attempt. 0/2, no match.

Get out the LED flash light and scrutinize the thing for a long, long time. Wouldn't you know it, there is a defect there underneath the surface, right where Track 3 would most likely be (reading inside out).

Put it back in, put on the noise cancelling headphones, crank it up and there it is. Barely audible but there is some 'clicking' just under the surface. If you didn't have the log to point you to the place, you'd be hard pressed to hear it. Now I can't not hear it.

Listen to the same track on this release, no noise. There is a v2 and a 320 out there, no noise. Dammit. The $50 for my record collection helped pay for this one. Reminds me of a song.

Anyhow, the guy I bought it from says he ripped it once to mp3 and didn't hear it, bought it for the collectibility factor. True or not, after his lame a** response - "maybe it's the equipment you are using" he says - I definitely would not recommend him to anyone (in fact, quite the opposite) for any purchases on discogs.

The seller he bought it from is a good seller on discogs I've used before but guaranteed he didn't do high level geek rip on it. Doesn't matter because I banana'd it. And toothpasted it.

Reinforces why I hate CDs (especially CD-Rs) and why I have become friends with digital. Stop the overpriced resale market for CDs, especially junk CD-Rs such as this one. First time I've ever taken a loss in pursuit of bounty. OCD kicking in, must stop. I can stop. Really.

P.S. 50 Grit sandpaper and a cement wall did not help it either. Now a limited edition of 109. 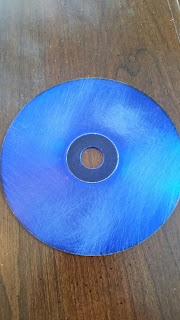 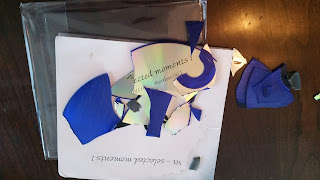