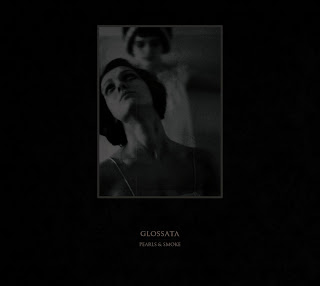 Still skirting the technicalities of my DL/UL fast to drop this one.

One of my favorite artists from the past few years goes by the name of Alteria Percepsyne (aka Emily Griffiths).

I first learned of her music through Anders Peterson.  He is one of the artists I support in the true sense of the word but have discovered some incredible artist through his GS Mastering & Post studio.  His mastering touches grace his own works as Relapxych.0 (and some other monikers) as well as those of artists on labels such as Silent Season, Other Heights and Entropy Records.

I have her first CD release, Intangible Flutter,  but missed out on the CD release of her second, Cloaks of Perception, and was late on her third, digital only release, Mydriatic.

She has changed up her sound to a more "dreamy and ethereal" sound and is operating under a new moniker, Glossata (a term encompassing the butterfly family), which fits the change well.  It retains some of the vibe of dub techno but is much more spaced out and atmospheric.

A digital download is available and, at the moment, pre-orders are being taken for a CD version of the release (limited to 100 copies).

Snap it up quick or, if digital is your thing, show some solid support.

Info and download info
Posted by aorto at 3:54 PM