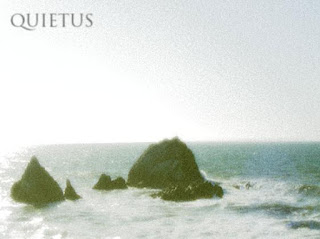 Though his music quietly grips your soul, bvdub exploded into the musical universe on his own label, for the most part releasing his own works but also capturing some early releases from Quantec and Arc Of Doves.

For those who may not be familiar with bvdub (aka Brock Van Wey) that is difficult to believe considering the incredible volume of musical output (8 albums in 2011 and 5 so far in 2012 not to mention EPs, remixes and other musical adventures).

His White Clouds Drift On And On is one of the best releases of this century and is one of those rare albums that ushered in a sound that is unmistakably his and his alone.  In fact, it caught the ear of Steven Hitchell who not only released it on his echospace [detroit] label but who was moved to create a series of remixes under his Intrusion moniker for Disc 2 of the release.

While this label is currently in hiatus and the albums long out of print (and going for lots of cash in the resale market) the quality of the releases continue to stand the test of time.


The label, the artist(s) and the music all get the highest recommendation.